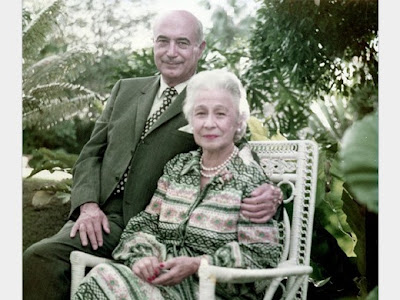 Joseph R. McMicking (March 23, 1908–-October 5, 1990), also known to his friends as Joe McMicking or JRM, is probably one of the most significant businessmen in Philippine history. A Filipino-American of Scottish-Filipino and Spanish-Filipino descent he was born Jose Rafael McMicking y Ynchausti in 1908 in the Philippines to Jose McMicking Sr. sheriff of Manila and Maria Angela de Ynchausti. Being from a prominent family he was able to go to the United States to study at Stanford University. In 1931 Joseph McMicking returned to the Philippines and married Mercedes Zobel de Ayala. He joined the army and during World War II became the lone Filipino among General Douglas MacArthur's Bataan Boys, a core group of MacArthur's staff who escaped from Bataan with MacArthur to Australia just before Bataan's fall to the Japanese. He served as an intelligence officer and liaison with forces in the Philippines with the rank of captain and would later retire as a lieutenant colonel. Upon his return to the Philippines he would discover that most of his close family, his mother, sisters, and a brother, were killed in the war.

The post-war period would see McMicking make his mark in business. Taking the reins of Ayala y Cia, he would lead the transformation of the vast tract of land in Makati inherited by his wife Mercedes and her two brothers into the Philippines' leading business district reviving the Zobel de Ayala family's fortunes that had been battered by the war. His wife Mercedes was known to credit him for making the Zobel de Ayala family wealthy again. Today the Ayala Group of Companies is an agglomeration of multi-billion dollar companies that are among the Philippines' leading firms.

As impressive as this accomplishment is, it is probably still debatable if this was Joseph McMicking's most significant business legacy. This would be because in 1948 in San Francisco, at about the same time he was helping to put the Zobel de Ayala family's assets in order in Manila, he teamed up with his brother Henry A. McMicking and set up McMicking and Company one of the first venture capital companies in California. It would be the primary funder of Ampex Corporation the pioneering company in the development of audio and visual recording technology. McMicking would be a multi-millionaire many times over independently of his wife's assets in the Ayala companies. 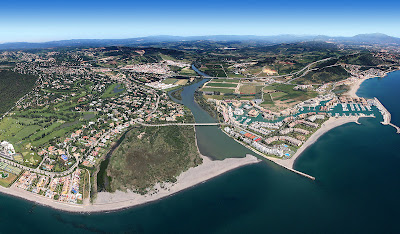 In the 1960s, with the experience in land development gained from developing Makati, McMicking turned to developing a large area of the Costa del Sol in Spain. The result was Sotogrande, a renowned luxury enclave on the Mediterranean Sea. After his retirement from Ayala Corporation in 1968, Sotogrande was where Joe McMicking spent most of his later years with his wife Mercedes although with regular trips to the U.S. and the Philippines to visit friends and family. They would have no children. Nephews Enrique and Jaime became the public face of the Ayala companies in the Philippines. As philanthropists the McMickings set up the Joseph and Mercedes McMicking Foundation and the Filipinas Foundation (now known as the Ayala Foundation) to give educational grants in the United States and the Philippines respectively. He died in 1990 in the U.S. Consulate in Madrid, Spain and is buried with his wife at the Santuario de San Antonio in Makati, Metro Manila.

For those looking for intrigue, some conspiracy theorists have suggested that Joseph McMicking as an intelligence officer under Gen. MacArthur may have been privy to the location of the fabled Yamashita horde, treasure stolen by the Japanese from lands they invaded. The conspiracy theorists speculate this was what McMicking used to fund the initial development of Makati. However, there would seem to be no reason to reach for such an explanation. As an Ynchausti, McMicking would appear to have had sufficient resources of his own if it was needed to help develop his wife's property and to fund other early business ventures.